Prolific Lambourn trainer Archie Watson will not have any runners for at least the next two weeks after a test among one of his string revealed the presence of antibodies for a notifiable viral disease.


Watson withdrew three runners at Lingfield and Wolverhampton on Saturday and also scratched Mehmento from Sunday's meeting at Southwell, while Timetoroe will not head to Lingfield on Monday.

Irish racing’s anti-doping system to be shaken up

Good to see some action on the doping front - the idea that you would give people notice before coming to test horses and inspect yards is laughable in this day and age !

The Cheltenham Festival will this year receive more coverage on ITV than ever before after it was revealed six races are to be broadcast live each day. 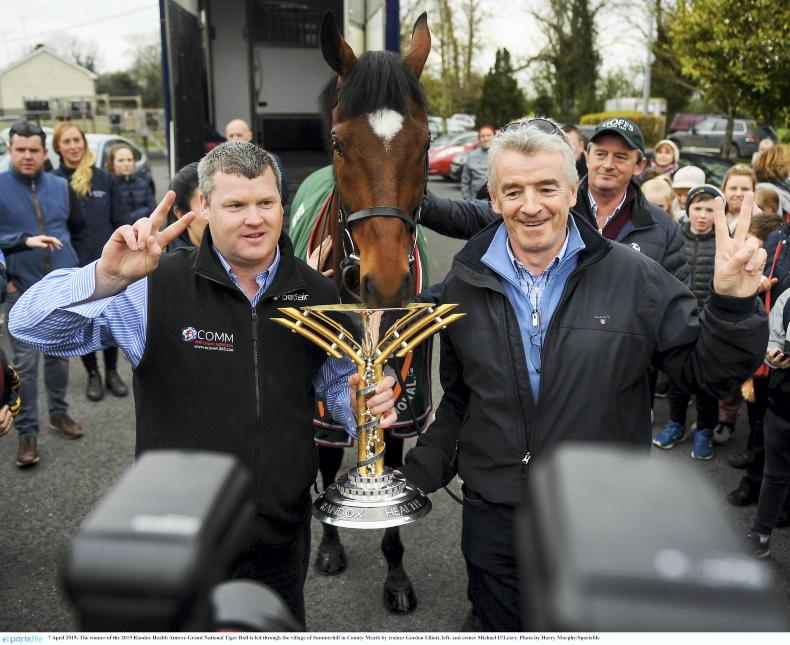 OUTLOOK: Tiger will need to convince O’Learys that he deserves a shot at history

I actually heard him say he will not run off 166 last week, so lets see how long he takes to pull it out.

I think O'Learly pulls out next year which I really don't regret. 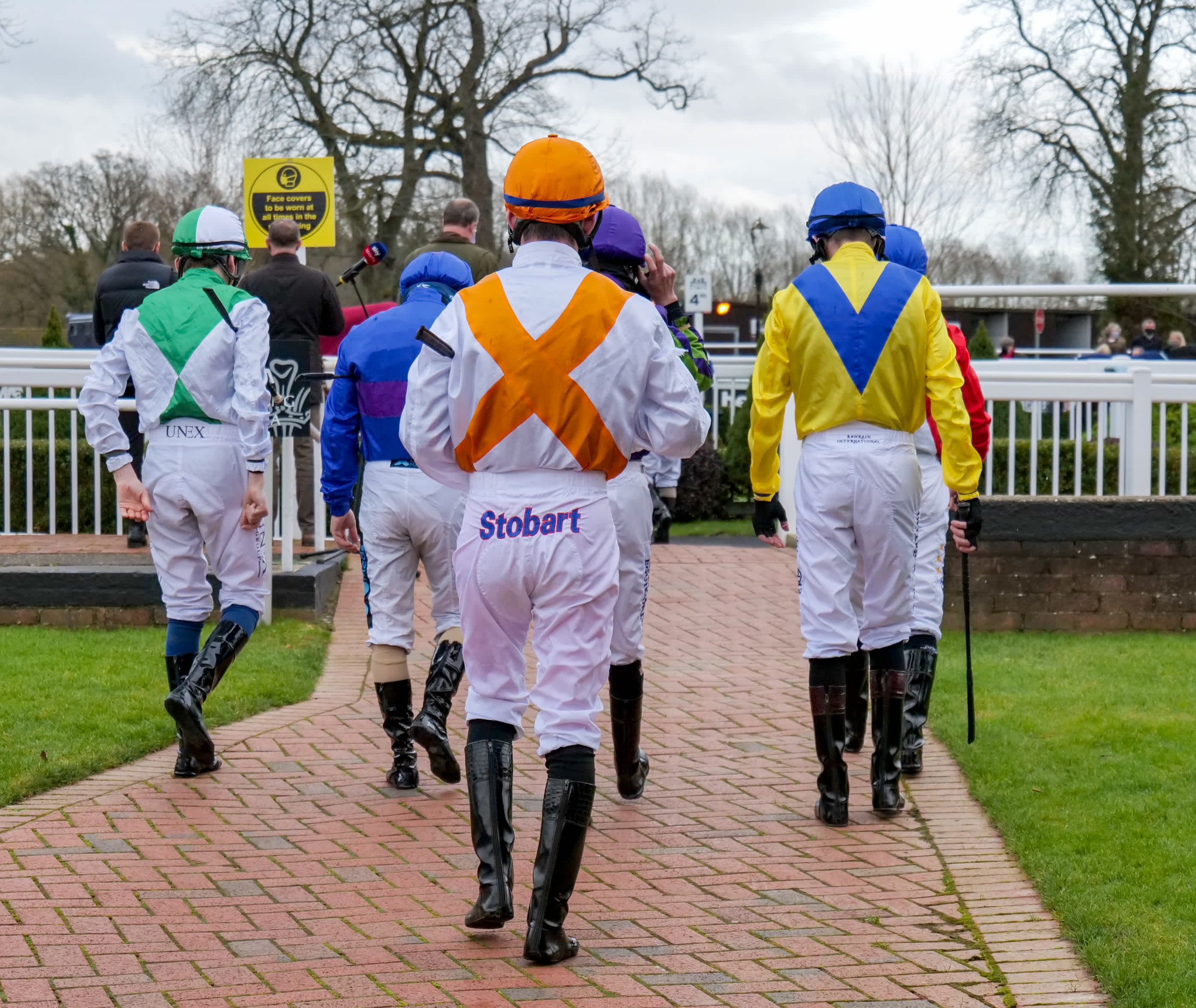 British racing plans to introduce a ground-breaking pilot scheme of raceday saliva tests for jockeys to detect cocaine and other banned substances.

The Cheltenham Festival is no more than four weeks away and we've picked out four horses at big prices for you to consider in the lead-up to the big week . . . Full list of 1,486 fixtures published, developed with a view to maximising revenue for the sport and participants, while safeguarding participant wellbeing and taking account of the horse population Minimum prize money levels across all races return to pre-Covid levels Volume of races in July...

Full list of 1,486 fixtures published, developed with a view to maximising revenue for the sport and participants, while safeguarding participant wellbeing and taking account of the horse population Minimum prize money levels across all races return to pre-Covid levels Volume of races in July...

It gives the Race Entry Conditions

Is there another link available, to an outside source, for a list showing race entry conditions please

It gives the Race Entry Conditions
Click to expand...

I posted about the racing Calendar electronic version a few weeks ago - was getting the paper version but did not really get the full benefit as I don't have an interest in every race - but its a good reference point and I do try to read and post where applicable the conditions as its fundamental to the task in hand - I don't know where exactly the post is but it is here somewhere - but in this case it was not the Calendar I was posting it more the adherence to and effects of Covid i.e Jockey restrictions etc

retriever said:
Is there another link available, to an outside source, for a list showing race entry conditions please

I had not realised that this was now available in digital format Wealth of information to be had even in the old free examples https://www.weatherbys.co.uk/horses-racing/racing-calendar

retriever said:
Is there another link available, to an outside source, for a list showing race entry conditions please

They update the Racing Calendar on a regular basis

If you scroll down you can download the latest edition

NEWS: Four horses die in 'most serious EHV-1 outbreak in Europe for decades'
By Judith Faherty on 02 March 2021
27


The FEI said there are now confirmed related outbreaks of the aggressive strain of the virus in France, Belgium and Germany

FOUR horses have tragically died from Equine Herpes Virus (EHV-1) in what the FEI are describing as “probably the most serious EHV-1 outbreak in Europe for decades”.
The outbreak of the virus at the show jumping tour in Valencia, Spain, has now resulted in the death of four horses over the weekend, while 84 on-venue horses are showing clinical signs and are being treated, and a further 11 horses are being treated in external clinics (nine in Valencia and two in Barcelona).
Worryingly, there are now confirmed related outbreaks of the aggressive neurological form strain of the virus in France, Belgium and Germany, and the FEI has now cancelled international events in 10 countries on the European mainland with immediate effect and until March 28th 2021.
This decision applies to all FEI disciplines, but in order to prevent huge numbers of horses simultaneously departing the jumping tours on the Iberian Peninsula, in Italy and Belgium that have been ongoing for a number of weeks, these specific Tours will be allowed to continue as individual “bubbles” on the condition that absolutely no new horses are allowed to enter the venues and no positive cases of EHV-1 are confirmed.
The FEI Veterinary department was first informed on Saturday, February 20th, that four horses that had left the CES Valencia Spring Tour venue on February 14th became sick shortly after returning to their home country (not revealed) and subsequently tested positive by PCR for the neurological form of EHV-1.
In an update today (Monday), an FEI release said: “As many of you will have seen on social media and other online media platforms, there are some very distressing images and footage of extremely sick horses in Valencia.
“The treatment of horses on venue has been vastly improved with additional veterinary support and medical supplies, with a total of 21 veterinarians now onsite. Over the weekend, the FEI ordered extra stabling so that healthy/recovered horses can be better separated from sick animals on venue to prevent further transmission. A total of 44 temporary stables, which are being transported from the South of France, are due to arrive onsite today and 22 boxes will also be supplied to the Valencia Equine Hospital in order to free up emergency treatment permanent stables.
“Additionally, the French National Federation and the FEI have coordinated a supply of inflatable support mats to assist recumbent horses to stand. Rescue nets and emergency slings are being sourced from Switzerland. The French and German National Federations are also supplying extra veterinarians.”
The FEI has blocked all horses that jumped in Valencia since February 1st on the FEI database until the required testing protocols have been fulfilled and national veterinary authorities have been informed about the outbreak and the returning horses, and any necessary isolation needed.
“While the priority remains the current outbreak and minimising the risk of further transmission, the FEI will be using data gathered from this outbreak to evaluate the effectiveness of the EHV1 vaccine, seeing which horses in the total group of 752 that participated in Valencia have been vaccinated, which had symptoms or were asymptomatic, and which horses have died.”

French federation suspends events
The French Equestrian Federation today suspended all equestrian events until March 28th. A statement said: “In order to control the development of an epidemic of Myeloencephalitis - EHV1 (rhinopneumonia) and after the observation of many cases on competitions in Europe, the FFE and the SHF have jointly decided to suspend from today until Sunday March 28th, 2021 included, all national and international equestrian competitions, equine gatherings and courses that they organize or place under their aegis.
“We will inform you regularly of the evolution of the epidemiological situation. We renew our call for vigilance and respect for best practices in order to resume all activities as quickly as possible in an already heavily disturbed context, at a time when only professional meetings and competitions were organised.”


Only one case has been found but measures have been taken "as a precaution, with the safety of the horse population very much in mind" - the BHA have stated

KEVIN Ryan's North Yorkshire yard has been temporarily closed after one of his horses tested positive for Equine Herpes Virus-1 (EHV-1).
Only one case has been found to date in Ryan's string, but because of their proximity to the yard, the stables of Bryan Smart and Michael Herrington have also been quarantined as a precaution.
The British Horseracing Authority is working with Ryan, who is based at Hambleton near Thirsk, and his staff to ensure all correct disease control measures are in place.
David Sykes, director of equine health and welfare for the BHA, said: "Cases of the neurological form of EHV-1 are occasional and, while the disease can be extremely serious for the affected horses, with proper surveillance and disease control the virus can usually be effectively contained.
"While the risk of the virus being transmitted in a controlled raceday environment is relatively small, it is in theory possible that horses from the yard in question may have been infectious some time before the disease was diagnosed.
"For this reason we have taken measures to alert trainers, as well as racecourses and veterinary surgeons, to be vigilant to the clinical signs.
"The decision to close the further yards is based on the identification of risk factors, namely the proximity of yards and the sharing of horse boxes.
"These measures have been taken as a precaution, with the safety of the horse population very much in mind."
EHV-1 can cause respiratory disease, particularly in the younger population, but will also cause abortion in broodmares and can also cause un-coordination, paralysis and death. This is known as EHV-1 Paralytic/neurological Form.

Almost all horses have been infected with the virus and have no serious side effects. It is currently unknown what causes some infected horses to develop the serious neurological forms that may be fatal.